The World Blitz Championship finished up a couple days ago and GM Levon Aronian took clear first with 24.5/38 (it was a 20-player, double round-robin). Radjabov finished half a point back, followed by Carlsen a further half-point back.

I didn’t look at all the games, but there was one that caught my eye between Aronian and Caruana in round 17.

Black has just played 56…Rh1 and Aronian, noticing there’s no actual way to force a win here, played the tricky 57.Re8. I have no idea how much time Caruana had here (I’m sure that even with 30 seconds, he’d have seen the trap), but he blundered with 57…Rxh5?, which falls for the trap that White set.

END_OF_DOCUMENT_TOKEN_TO_BE_REPLACED 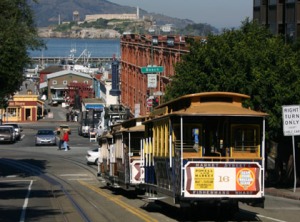 In non-chess news, I’m no longer unemployed! I’ll be working at an online lead generation company in San Francisco, mostly dealing with classification and optimization problems. It’s rather different than what I did before winning the Samford Fellowship (when I was doing economic consulting), so it took a little while to make the transition into a new field in the current job market.

Now that I’ve accepted a job offer, I’m really in need of a new blog title. Any ideas?

There are a series of norm events planned in LA (the first being an IM norm event later this month) that I was asked to mention here. From the club’s webpage:

Predictions, past and present

The Tal Memorial started today in Moscow, and it’s a great lineup. In fact, I can’t remember a top round-robin with as exciting a field in the past few years. As much as I’d like to see Anand play well, he hasn’t been a very compelling tournament player recently, so I’ll happily take Aronian, Kramnik, and Grischuk representing the 2770+ crowd here.

END_OF_DOCUMENT_TOKEN_TO_BE_REPLACED

First time since they moved to San Francisco. Some might say that the Giants have won the Series before and that’s fair – for the players, moving from NY to SF doesn’t mean they gave up those titles. However, for the fans, it’s something new for sure.

I didn’t get to attend any of the World Series games, but I did go up to SF to watch game 1 at the Royal Exchange with some friends and the atmosphere was excellent. It wasn’t close to the park at all, but the place was packed, and there were chants of “Let’s Go Giants” and “UUUUU-Ribe” going up amongst the patrons.