In my last post, What’chu Talkin’ ‘Bout Willis?, I suggested a framework for a new Candidates Cycle. It was partly based on the current model, with a series of qualifying events and then one-on-one matches. The big proposal was to solve some of the problems I saw in the current match cycle by incorporating draw-odds for the higher-seeded player, along with an extra-white for the lower-seeded player. (It’s explained in more detail in the original post, but the series of qualifying events would provide the top half of the seeds.)

At the time of my first post, I hadn’t done any simulations to figure out what sample odds might be in such a scenario, but I began doing that last week. Then David Krantz (a statistics professor at Columbia) had an article published on ChessVibes that looked in more detail at some stuff I was just doing myself. His article can be seen here.

END_OF_DOCUMENT_TOKEN_TO_BE_REPLACED 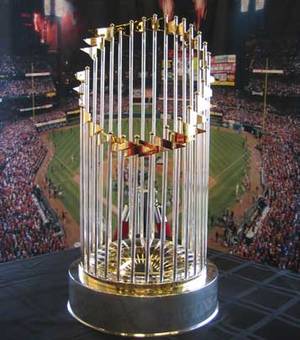 First time since they moved to San Francisco. Some might say that the Giants have won the Series before and that’s fair – for the players, moving from NY to SF doesn’t mean they gave up those titles. However, for the fans, it’s something new for sure.

I didn’t get to attend any of the World Series games, but I did go up to SF to watch game 1 at the Royal Exchange with some friends and the atmosphere was excellent. It wasn’t close to the park at all, but the place was packed, and there were chants of “Let’s Go Giants” and “UUUUU-Ribe” going up amongst the patrons.